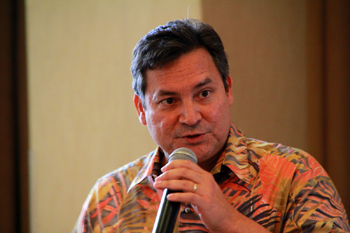 Things on Guam are hopping. Guam’s Governor Eddie Baza Calvo has begun the process of appointing members to the island’s recently reinvigorated Commission on Decolonization (first established by Hope Cristobal during her tenure in the Guam Senate).

Calvo’s first appointment? None other than Dr. Lisa Natividad, advisor to The Insular Empire and champion of Guam’s Chamorro people and their right to self-determination. Travis Coffman interviewed her on Guam’s K57 to get her thoughts on decolonization. Dr. Natividad explains in this interview that the governor has “an aggressive plan for when to hold a plebiscite.” She also points out the pressing need for public education and a ‘social marketing campaign’ to make people aware of what they are voting on.

Travis Coffman: And so, in this plebiscite, what will the choices be?

Lisa Natividad: There will be three options on the ballot: independence, free association, and assimilation into the administering power – often referred to as ‘statehood’, though voting for this option doesn’t guarantee statehood.

Travis Coffman: I see. So… we wouldn’t necessarily get statehood, we might get some form of assimilation that feels a lot like being a territory?

Lisa Natividad: Exactly. There is no guarantee that the US will be in support of what we decide for ourselves… clearly we’re going to have to rely on the international community to put pressure on the US to honor this process that is long overdue. 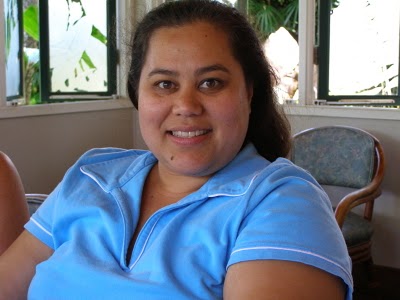