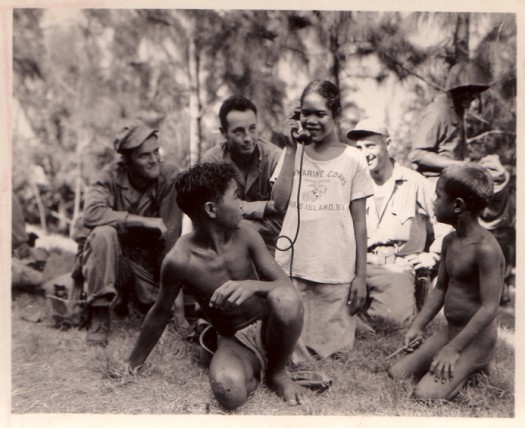 Lately, Guam has been appearing in the annals of Wikileaks – Julian Assange’s non-profit whistleblowing information website. Evidently, the US has been using Guam not only as the ‘tip of the spear,’ but also as a diplomatic tool. Today, the Mainichi Daily News reported on the latest revelation: evidently the US Assistant Secretary of Defense proposed last year to the Japanese government that they might use Guam for joint training purposes, and that “a permanent JSDF presence on Guam to support the training would be appropriate.”

This revelation is troubling for a long list of reasons. At the top of that list might be the fact that this diplomatic discussion was held without any input from Guam’s leaders. (How would the residents of, say, New Hampshire feel if they found out the DoD was negotiating with Germany to station German troops in their neighborhoods – without informing New Hampshire’s Representatives or Senators?)

Next on the list might be the fact that – unlike New Hampshire, which was never occupied by the Germans – Guam has a particularly long and troubled relationship with the Japanese military: the people of Guam were subject to a brutal Japanese occupation during World War II, the effects of which were so deep and so painful that they have been carried over several generations. Equally troubling is the fact that while these recent diplomatic talks were happening, the United States federal government was simultaneously denying Guam’s requests for reparations for their wartime suffering. (These requests have been ongoing for decades, and have continued to be ignored by consecutive US administrations.)

One of the many unfortunate effects of World War II was that the Chamorro people of Guam saw the US military as ‘saviors’ – and because of this they have been willing to forgive the American military for a long list of subsequent transgressions against Chamorro lands, people, and culture. But what will the people of Guam think now, when they see that the US has been trying – behind their backs – to station Japanese troops once again on Guam soil?