The DoD’s proposal to increase its already-massive footprint on the island of Guam recently received the EPA’s lowest rating: Environmentally Unsatisfactory. While “unsatisfactory” to me calls up benign images of less-than-optimal spelling homework, this milquetoast language in fact represents a scathing indictment of the proposed buildup – and a serious roadblock to the military’s expansionist plans.

We Are Guahan has posted a great ten-point summary of the EPA’s findings on their website. The problems identified by the EPA include:

… and the list goes on and on. You can read it yourself – the report is a handy 101-page download, with a succinct table of contents outlining the 1,001 reasons why THIS BUILDUP IS A REALLY BAD IDEA, from an environmental standpoint.

Of course, it’s a really bad idea for a number of other reasons too. For instance, it threatens to overwhelm the island’s indigenous population and to further erode the Chamoru culture and language. But the US government doesn’t have an Indigenous Culture Protection Agency to make these points. 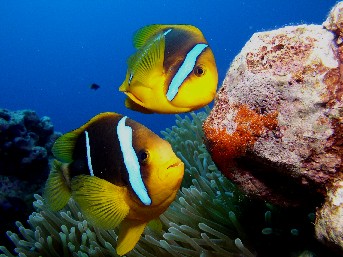 The current focus on environmental issues calls to mind a conversation I had, several years ago, with the late Carlos Taitano. He said that he was frustrated when the two-legged Guam Rail raised so much concern among environmentalists, who seemed to have no concern for the local population. “What about the two-legged Chamorro?” he asked.

Admittedly, it’s frustrating when environmental concerns trump the concerns of a people, culture, and language. However, in the case of the Guam buildup, I think that environmental concerns may dovetail nicely with the needs of the local population – whose drinking water, air quality, and health are being so overwhelmingly threatened by the DoD’s proposal. Since the US military wouldn’t dream of trying to impose this kind of a project on mainland Americans, it’s my hope as well that the proposed buildup will bring Guam’s colonial status out into the light of day. Because sunshine is the best – and the most environmentally friendly – antiseptic .

(Photos courtesy of Desiree Taimanglo-Ventura at The Drowning Mermaid, and David Burdick at the US All Islands Coral Reef Committee)